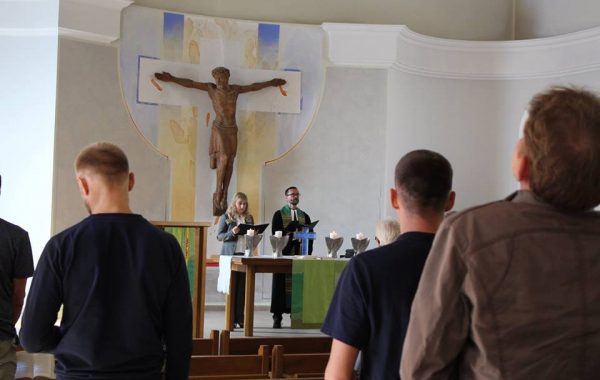 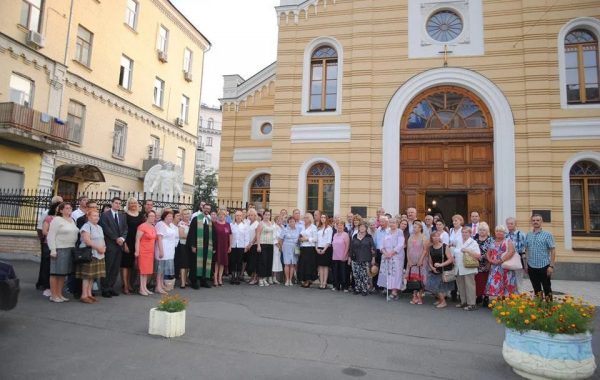 St. Catherine’s congregation in Kiev is the largest of the German Evangelical Lutheran Churches in Ukraine. The origins of the congregation date back to the 18th century, when a German pastor held the first Lutheran worship service in Kiev in 1767. The congregation was reconstituted in 1989-1990 and presently has about 350 members. The majority are descendants of German emigrants to Russian Empire.

The church building (“Kirha”) originally built in 1857, the church was closed down by the authorities in 1938 and afterwards used as a goods depot. From 1969 to 1996 it housed the “Museum for the Architecture and Customs of the People of Ukraine”. During the renovation, the nave of the church was divided and the front half turned into a community center with facilities for food distribution. Presently the sanctuary, with its nave and galleries, has a sitting capacity of about 600 persons.

A worship celebration on the 29th of October, 2000 marked the re-consecration of the “Evangelical Lutheran Church of St. Catherine in Kyiv”, which for six decades had been used for secular purposes. On Advent Sunday 1998, the church had been returned to the German Lutheran congregation for use “free of charge”, thereby ending a period of 60 years during which the place of worship had been turned into a warehouse and museum.

The re-consecration of the church by Bishop Edmund Ratz of Odessa followed the conclusion of two years of renovation work. Archbishop Georg Kretschmar of the “Evangelical Lutheran Church in Russia and Other States” (ELCROS) delivered the sermon.

Also dedicated during the October 29 ceremony was the church organ, a gift from a congregation in the Rheine, in Westphalia, Germany.